COUNTERPUBLICS is a collaborative practice based in Athens and acting nomadically at the intersection of arts, architecture, urbanism and critical theory.

Initiated by Giorgos Papadatos & Constantina Theodorou, through artistic interventions, transdisciplinary research and theoretical production, it explores and expriments with forms of action that address the issues of  extended public space, emergent territorialities, political ecology, the urban condition and the activation of the hinterland.

In collaboration with other cultural actors and local communities, Counterpublics asprires to seek new spaces and ways of being in public,to create alternative spatial narratives and imageries, counter- imaginaries for counter-futures.

“Dominant publics are by definition those that can take their discourse pragmatics and their lifeworlds for granted, misrecognizing the indefinite scope of their expansive address as universality or normalcy. Counterpublics are spaces of circulation in which it is hoped that the poesis of scene making will be transformative, not replicative merely. “ 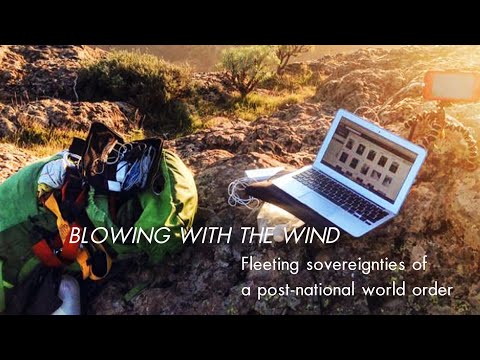 …….There was once, not long before, a world of dividing lines; they live in a world of electrified wires going up and down, undersea and in the air. It is a world of a priori obligatory sharing and de facto collaboration, not one of kindness and softness, antagonisms will never end, but in the end they have to share. It was the Cold War, the epoch of superpowers and  mutual fear of the other;  it is the Hot Peace Era, of shared power distribution and  common fear of what they’ ll do without the other. If they don’t collaborate they’ll end up as fried fossils spared across the planet for the future species archeologists to contemplate upon. What drove humans to prosperity, what drove them to extinction?

…….The historical exception of the territorially bounded state and the destructive international system of infinite expansion, unlimited growth & exhaustion of any kind of resources is now about to expire suffocating in the fumes of its own vital fuels. If our electricity powered civilization is to survive it has the urgent task to alter its vital resource, turn to zero CO2 emissions power generation, to compromise and design with the idea of limits. Switching to renewable and omnipresent sources, sun, wind and water, with totally different territorial logics than the geographically restricted and limited oil & gas will signal the beginning of a new planetary order. In the unprecedented planetary emergency the ambiguity of the old dilemma “what comes first- technological innovation or political transformations”, is solved practically and defacto by the viability and feasibility of the given answers.

…..Every part of the design of the rapidly developing renewable energy sharing network poses a serious reorganization challenge of the existing planetary extraction networks. It is a massive enterprise to design both the hard & soft infrastructure, the loci of production, the routes, and the protocols of sharing. New type of centralities are already emerging in places of former wilderness, mountain committees, assembly points at the crossroads of hiking trails, unions of uninhabited islands and other wind-rich areas.

(from the essay Blowing with the wind. Fleeting sovereignties of a post-national world order, by Constantina Theodorou, to be published on Strelka mag, 2021)